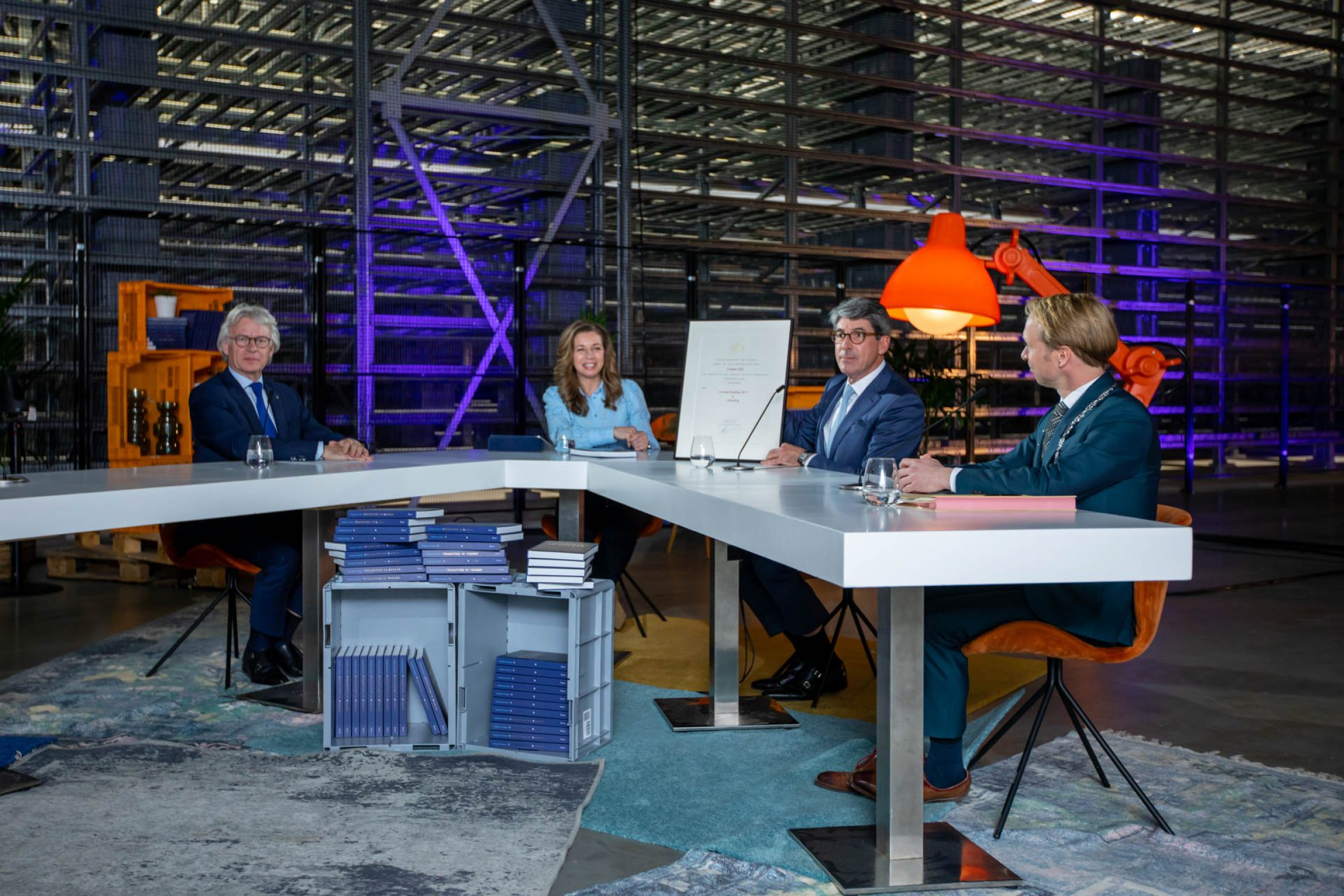 In honour of CB's 150th anniversary, His Majesty King Willem-Alexander has conferred the Royal predicate. The honourable distinction is a crowning achievement for CB, which has been active as a logistics service provider at the heart of the book trade for 150 years and has also been active in the healthcare sector since 2012. The designation was awarded today during a festive online event by the King's Commissioner for Gelderland, John Berends, to Hans Willem Cortenraad, Managing Director of CB, in the presence of the Mayor of Culemborg, Gerdo van Grootheest.

King's Commissioner in Gelderland John Berends: 'It is a very special day. Your magnificent company is 150 years old, but I am here for the following. His Majesty the King has granted you the right to use the designation 'Royal'. You may start to carry this from today.'

Mayor of Culemborg Gerdo van Groothees: 'I am very proud as Mayor of this city that Culemborg now has a Royal in our municipality.'

The history of CB started in 1871 with the establishment of the Order House of the Dutch Book Trade. Before that time, booksellers had to write to various publishers for their orders and they received their books through various channels. An inefficient and costly process. The Vereeniging ter bevordering van de belangen des Boekhandels took the initiative to set up the Order House. Hans Willem Cortenraad: 'The great thing is that how we started is still the core of our service today, although we have of course evolved enormously and continue to innovate'.

The Predicate Royal is a distinction that can be awarded to associations, foundations, institutions or large companies. It symbolises the respect, appreciation and confidence of the King towards the recipient and does not mean that the company concerned is a supplier or has any other relationship with the Royal Household.